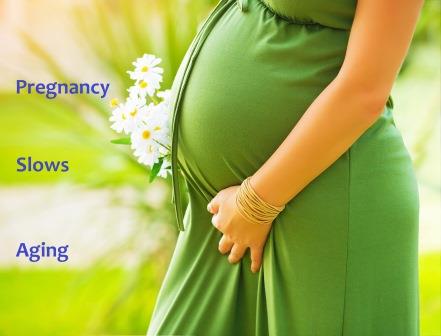 Often do we see expectant mothers bloom, as pregnancy has a rejuvenating effect, as recorded by many scientific research papers. Pregnancy also helps regenerate body tissues and slows the process of aging. It is believed that all these positive effects of pregnancy are mainly due to the shared blood between the fetus and the mother.

As per the journal, Fertility and Sterility, experts exclaim that blooming is not a mere cosmetic effect of pregnancy but is more off a physical process. To prove the above scientifically, researchers conducted experimental studies on pregnant and non-pregnant mice using a high-tech MRI scanner to examine the effects of liver transplant which showed around 96 percent regeneration after a mere 2 days period. It was also found that pregnancy protected the rodents from tissue damage. The anti-ageing effect was explained as the fetus worked as a youth serum injected that it carries to have a rejuvenating effect on the mother. However, A study by Stanford University found that the blood composition changes as we age cause memory and deterioration of other brain functions. A student of Cambridge University found that increase in antioxidant and circulation levels can help prevent wrinkles. A new chocolate is also developed to help in the process of anti-aging.

Raisa is a beauty & lifestyle blogger who writes barefooted, goes crazy over florals, pearls, laces, books and glitters. She is one coffee addict, she even baby talks to her dogs.

Latest posts by Raisa (see all)