Chocolate: Can it cause acne? 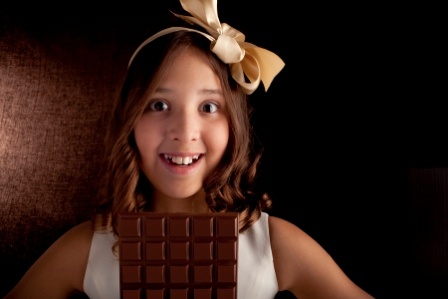 The link between Chocolate and Acne is something very controversial and has been subject of scientific debate ever since the 1960’s.

If you are a kid or a teenager you most probably heard the phrase by your parents “Don’t eat chocolate because you will get pimples” But is it true or just a myth? Well, the answer is both yes and no.

50 years ago in the 1960’s, there was a common belief that Chocolate could aggravate Acne. However, many later studies haven’t found a clear link between Chocolate and Acne. Even if they found something suspicious, there were significant errors in the studies that decreased their validity.

It is widely accepted in the scientific community that Acne is caused by a variety of factors: genetics (if you parents had acne you are more likely to have acne too),poor unhealthy diet, stress levels, hormones and environmental factors combined can cause acne. So, according to many skin experts Chocolate can’t and will not cause acne on its own.

But, a recent study held in 2011 which examined young males, found that the more chocolate the subjects consumed, the more acne break-outs they had. Females were excluded by this study because of their hormone levels that change during the course of their menstrual cycle and affect their skin.

Samantha Block, Dermatologist and professor at University of Miami Miller School of Medicine who held the study says that “It seems to be that for a male subject between the ages of 18 and 35 with a history of acne, chocolate does seem to exacerbate their acne”.

Block believes that there was a lack of scientific literature concerning the subject and there is more research that needs to be done.

The studies that found a possible link between chocolate and Acne are based in the theory that high sugary foods, increase glucose levels in the bloodstream and that triggers the production or a protein along with hormones which then increase the production of sebum by the oil glands resulting in acne.

If reading about all these studies disproving each other made you confused, then the best way to find out is do a little experiment on yourself. For example you can eat significant amounts of chocolate for a week and then gradually decrease the amount to zero. Notice if there is a change in your acne symptoms (e.g worsening or improvement) during the course of this experiment. You can also do this experiment with other foods (e.g fatty junk food) but always choose one particular food to experiment for clearer results.

At the end of this experiment, you might find that your Acne is worsened by Chocolate or there is no change at all-it all depends on how your body reacts to it. Some people can eat huge amounts of junk food and chocolate and not get a single zit while others drink chocolate milkshake and the other day they get a zit. Chocolate almost certainly can be blamed on its own but in many people it can worsen already existing acne.