“RACE” may determine your wrinkles after Menopause 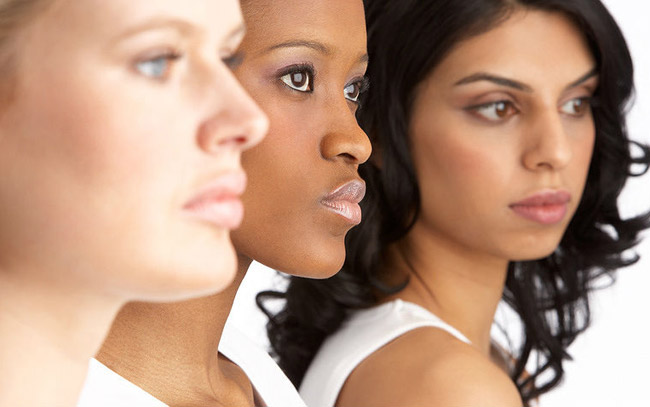 With age, our body experiences certain hormonal changes which affects body in various aspects. Menopause is one of the flash points of these hormonal changes when we experience numerous changes in our body. Among all these changes, the most visible effect is on our skin.

The main hormone that affects the skin during menopause is Estrogen. As estrogen levels decrease, the skin produces less collagen and elastin which in turn causes wrinkles.

Do post-menopausal wrinkles depend on your Race/Ethnicity?

The study was conducted on women of 42-58 years of age enrolled in the Kronos Early Estrogen Prevention Study (KEEPS). These women were in their last menstrual period (within 36 months). In this study, skin wrinkles were assessed at 11 such locations: horizontal forehead, glabellar frown, cheek folds, ear, eye, nasolabial folds, upper lip lines, corner of mouth lines, marionette lines, chin crease, and neck folds. For a period of four years.

So After 4 years of observation what scientists found was:

Though skin wrinkling was inescapable for both lighter skin and darker skin types but statistically significant differences were observed. In black women the overall wrinkle score was comparatively less than those of white women. You must have heard about the phrase “black don’t crack”. Yes, we are talking about the same. Age at menopause and race appear to significantly affect skin wrinkling. Although, there was no association between race and response to Hormone Therapy for total wrinkle, the RACE was still a disparity factor.

>See what you can do to keep your skin healthy and fresh after menopause.

Another conclusion was: Hormonal Therapy had little to No effect

The study looked to find what and how much effect did hormonal therapy have on onset of wrinkles and skin rigidity among women of various races after menopause. For this some were treated with 0.45 mg oral Conjugated Equine Estrogens (CEE), some were given Transdermal E2 (50 μg/d) with micronized P (200 mg daily) and some were in placebo (no treatment). After four years of observation it was concluded that the hormonal therapy did not have any substantial effect on women of any race.

Conclusion
Your skin color is one of the unique factors which affect the skin wrinkles. Darker toned women were less prone to get wrinkles compared to white cheeks. However, it is not quite true to say that black skin never wrinkles. The study gave a different unfamiliar facet to the effects of hormones varying with race.

Author at Vivi Make-it-Up
Lisa is a Fashion and Beauty blogger. When is not working on a new post she can be found hanging out with their beautician friends working on a new look for their makeup artist friends. She is a big chocolate freak and believes swimming is the best exercise for body and mind.

Latest posts by Lisah (see all)